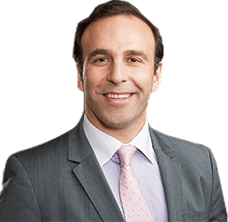 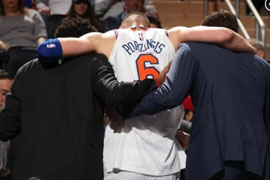 Kristaps Porzingis underwent “successful surgery’’ to repair his ACL tear at the Hospital of Special Surgery, the Knicks announced Tuesday at noon.

The Knicks offered no timetable for the 7-3 Latvian’s return. They may do so after he begins his rehab process, which will come shortly. Recent players recovering from ACL tears have taken between seven to 12 months, meaning next season is imperiled, too. Sources indicated that 10 months is a ballpark figure, which would have him making his 2018-19 debut right before Christmas.

The surgery was performed by Knicks orthopedist Dr. Answorth Allen and Dr. David Altchek, who is the medical director for the Mets and a medical consultant for the NBA.

Medical experts say all players have different responses to rehab. Porzingis’ age (22) will expedite the process, but his extreme height does muddy the picture in some medical circles. Porzingis missed 26 games his first season and finished 2017-18 playing in 48.

Dr. Laith M. Jazrawi, chief of sports medicine at NYU’s Langone Medical Center, said Porzingis could make it back in seven months but senses the Knicks might be more conservative, giving the quadriceps muscles extra time to strengthen to prevent a recurrence.

“If next year is not the year to be the champs, they’ll want him 110 percent before he’s back to playing, and there’s also a lot of mental stuff,” Jazrawi told The Post. “The Knicks may not feel it’s worth it. It gives him a longer time to develop more muscle tone to protect him in the future. In that sense, there’s no rush to get back in seven months — nine to 10 months is better. Sometimes it’s physician-specific.”

The surgery occurred one week after Porzingis tore his ACL following a dunk on Giannis Antetokounmpo in which he landed awkwardly, his leg buckling. Porzingis also had experienced left-knee soreness that cost him some preseason games.

He also sat out the Golden State contest three weeks ago because of “knee irritation.” He had gone down in practice a day earlier, when he blocked a Joakim Noah shot and landed badly, and he was ripped in some circles for sitting out against the Warriors, on the day he was named to the All-Star Game for the first time. He returned for the next game.

“My knee is sore,’’ Porzingis said in Golden State last month. “I twisted it in practice. It didn’t feel right. I hope to be back next game, hopefully. It’s nothing that bad, but it’s pretty sore.”